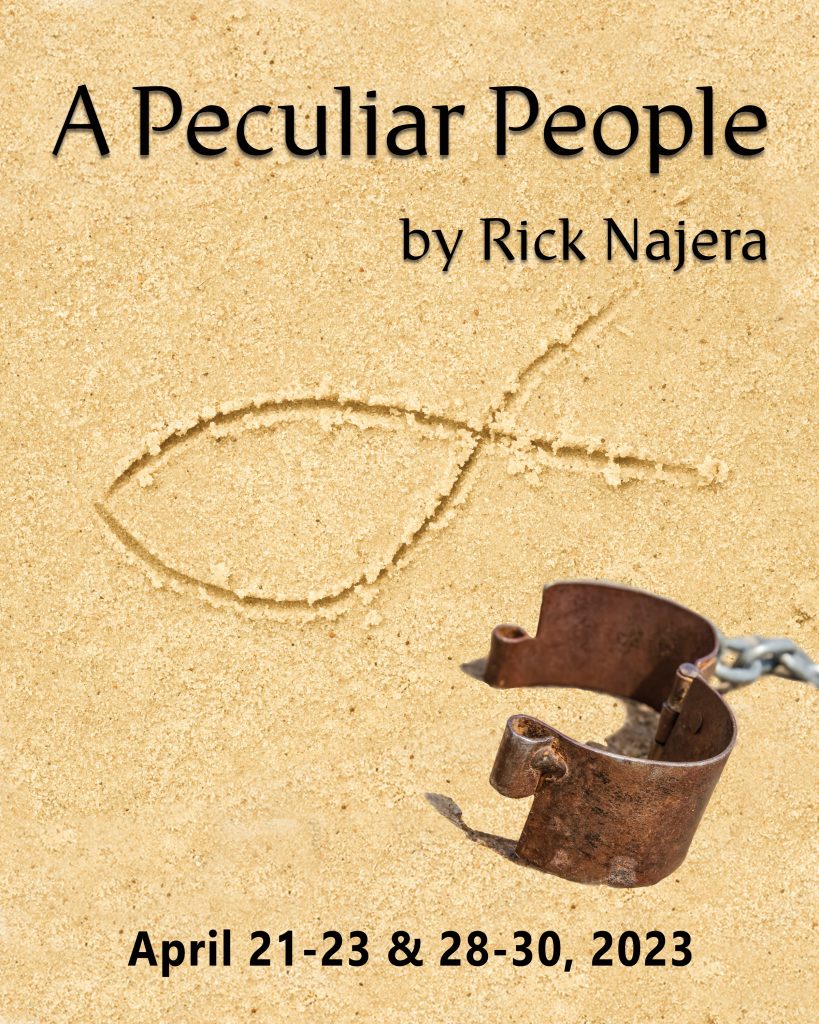 × A Peculiar People (April 21 – 30, 2023) takes us to the Roman Empire and a 1st- century prison where Mariam, a Christian, awaits sentencing. Enter Justinian, accused of being a Christian rabble-rouser, preacher and writer. Except Justinian protests that he is innocent…at least, he’s not guilty of being a follower of this ‘Jesus’ person. This historic comedy-drama is a timely look at what ‘the courage of one’s convictions’ might cost. Rated PG for themes.